Street Art in the History and Society

Today, street art is considered as the street social art able to raise complex social issues and make people think. But street art had to make no fewer steps than traditional art to gain such an assessment.

The way of traditional art from one-line wall drawings to monumental painting with a perspective and becoming a fashionable tool for investments took more than one millennium. Street art has evolved from vandal inscriptions on the subway to modern masterpieces and huge murals in just over half a century.

Street art owes its rapid development to technical and social progress, as well as to the latest revolutions in art. It appeared at a time when the artist had nothing to fear except the police. Futurists in their manifesto called for art to go “outside”, of course, not literally, rather figuratively. They called it for to become the property of everyone, rather than to huddle in temples, palaces and villas of nobility. But they did not know what this would lead to. Malevich, having painted his black square, divided art into “before” and “after” breaking with tradition and taking the first step towards pure creativity. Laws, canons and any rules by which it was possible to judge and evaluate art disappeared and from now on everything is possible.

If we add to this the modernist architecture with its gray constructivism and rationalism, we get a lot of people who are annoyed by empty and dull walls.

But any event in history always has a period of infancy, growing up and flourishing. The only difference is how many years this or that part of development lasts.

The infancy period of street art, as is commonly believed, began during World War II, when inspector Kilroy began to draw a funny little man and write the phrase “Kilroy was here” on each bomb box.

It is not known for sure whether this was due to the inspector’s professional activities, or he wanted to express his definite thought, or he was bored and drew because of it, but the drawing and the phrase gained mass popularity for as many as ten years.

Following him, in the late 1960s Julio 204 and Taki 183 appeared. They did not come up with anything better than to write their nicknames, add to it the number of the street they live in, and leave these graffiti just anywhere. Nevertheless, it gave impetus to the further development of the trend.

Should we consider them outstanding artists, founders or banal vandals? Their contributions and figures will remain in history but their art is in doubt.

Rather, they showed what can be done and how, that anything can be used as a canvas. But to these guys are as far as simple stone woman from Gioconda when talking about real art and its problems.

Throughout the 1960s and 1970s, street art was growing up; most of the paintings were no more than stylized calligraphic inscriptions, which are still popular today, but more meaningful images were already appearing. In 1981, street art finally got recognition and the exhibition of works in this area with the participation of famous masters like Andy Warhol, William Burroughs, Jean-Michel Basquiat was held.

Since then, the trend was gaining momentum and entered the last stage of maturation but at the same time sanctions were imposed on it, forcing it out of the house: requiring leave the street and the subway, the places where street art originated.

Of course, an obscene phrase on the wall looks vulgar but who can say what is better: an empty gray wall of the subway or many different inscriptions in the Taki 183 style?

However, now we can easily determine where in our subjective opinion art is and where vandalism is. If you show anyone a huge picturesque mural on a 9-storey building and an inscription on the doors of a subway train, he will unmistakably answer what is what.

Street art flourished in the 21st century when it stood tall on its feet. The painters-writers learned to paint huge high-rise buildings, create amazing 3D art and communicate with society with the help of more meaningful inscriptions on the fences.

Traditional art never came to the masses as the futurists dreamed. People go to museums and exhibitions for selfies and socializing but these are not the masses needed. These are the enthusiasts passionate about painting, sculpture and other types of art.

No matter how skillful a picture is it is difficult to surprise somebody with an unusual brushstroke or technique. The inner essence, the idea of work and the emotions that it evokes are important. At the same time, no matter what power the picture has, no matter how strong feelings it evokes and no matter how strongly it influences the viewer, in a global sense it will have little meaning, since only the initiates who have come to see it and nothing else will see it. Picture can gain its true influence only by becoming extremely popular with collectors and auctions.

Can art still reach the masses? And what kind of art should it be?

One can cite as an example the various directions of online art but even the most talented and vital work is lost in the amount of information garbage filling the Internet. Even if the painting is seen by a huge number of people, we are so accustomed to the Internet, the amount and speed of the appearance of new information in it, that we will unlikely give the work due attention.

A simple inscription filled with meaning and written in the passage where thousands of people will be able to see it in the morning, on the way to work, and in the evening, on the way home, can potentially have a much greater effect on society than the best masterpiece in a museum or Instagram.

The artists and sculptors were highly paid artisans during almost all the art history. When art became something bigger, the artists became creators and began to raise pressing problems and social issues, questions of revolution or peasant life. Nevertheless, these works were a simple reflection of reality and were accessed mostly by people of higher social status than those who were depicted in the paintings. Perhaps some were touched by these paintings and they treated the serfs or slaves better seeing their worries and life on the canvas. But such paintings still could not cause protests and disagreements.

Street art in this sense is radically different from the art of the past. It is not expensive and is available to almost everyone. It has reached a stage of development when it can convey ideas. Today, simple inscription on the wall is meaningless vulgarism and real vandalism. Street art can communicate with everyone; it can reflect the mood of society and can shape it pointing to certain issues.

Your phone can be turned off, social networks can be blocked as well as the Internet, so that you could not know the latest news and opinions. On TV, they can tell about beautiful life, although you know that this is not true and you are trying not to notice anything. But having come out to a balcony or street and having met the work of Banksy, Bluwalls, Liqen Jakala and other talented painters, you have much more chances to learn and think about the real state of things. 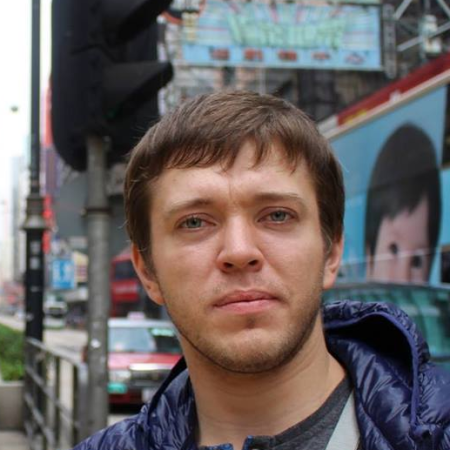